The government has ruled out a separate flag and constitution for the Nagas as demanded by the NSCN(IM), and made it clear that the endless negotiations with the insurgent group under the “shadow of guns” are not acceptable.

Interlocutor for the Naga talks and Nagaland Governor RN Ravi said the government is determined to conclude the decades–long peace process without delay. 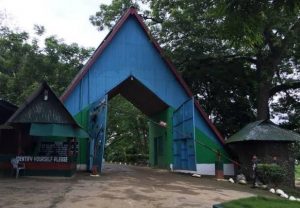 In a statement, Mr Ravi said a mutually agreed draft comprehensive settlement, including all the substantive issues and competencies, is ready for inking the final agreement.

“Unfortunately at this auspicious juncture, the NSCN(IM) has adopted a procrastinating attitude to delay the settlement raising the contentious symbolic issues of separate Naga national flag and constitution on which they are fully aware of the government of India’s position,” said the statement, issued in Kohima.

Mr Ravi’s statement bears significance as the central government on August 5 announced abrogation of special status given to Jammu and Kashmir under Article 370 and bifurcated the state into Union Territories.

With the annulment of the special status, the separate flag and the constitution of Jammu and Kashmir ceased to exist. 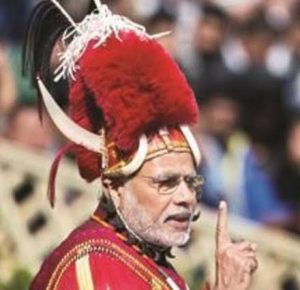 The ruling BJP, Prime Minister Narendra Modi and Home Minister Amit Shah have on many occasions made it clear that they believe in only one flag and one Constitution for the whole of India.

Mr Ravi said a mutually agreed draft comprehensive settlement, including all the substantive issues and competencies, is ready for inking the final agreement

Mr Ravi said the NSCN(IM) has “mischievously” dragged in the Framework Agreement and began imputing imaginary contents to it. The framework agreement was signed in August 2015 by NSCN(IM) general secretary Thuingaleng Muivah and the government’s interlocutor Mr Ravi in the presence of PM Modi.

Mr Ravi said in the statement that some NSCN(IM) leaders through various media platforms are misleading the people with “absurd assumptions and presumptions” over what they have already agreed with the government.

In view of such unfortunate attitude of some NSCN(IM) leaders, Mr Ravi held a meeting with the primary stakeholders of the Naga society on October 18 in Kohima. The meeting was attended by the top leadership of all the 14 Naga tribes of Nagaland, all the minority non–Naga tribes of the state, the Nagaland Gaon Burha Federation, the Nagaland Tribes Council, church leaders and civil society organisations.

The framework agreement with the NSCN(IM) and the agreed position with the working committee of Naga National Political Groups were extensively shared with the leaders, pertinent issues discussed and doubts on competencies clarified.

Political maturity and wisdom of the Naga leaders who expressed their overwhelming support in favour of a settlement without any further delay is deeply appreciated, the statement said.

“Respecting the Naga people’s wishes, the Government of India is determined to conclude the peace process without delay. Endless negotiation under the shadow of guns is not acceptable,” the statement said.

The framework agreement came after over 80 rounds of negotiations spanning 18 years, with the first breakthrough made in 1997 when the ceasefire agreement was sealed after decades of insurgency in Nagaland which started soon after independence in 1947. ■