After the clashes in North 24 Parganas district’s Sandeshkhali on Saturday night, bodies of three persons were brought to Basirhat Hospital. BJP leaders had claimed that two of them were supporters of their party while the TMC said the third one was its active worker. 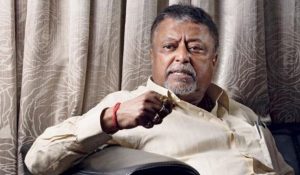 Both the warring parties claimed that several of their supporters have gone missing following the violence.

If anybody is to be blamed for the incident, it is Mamata Banerjee, the BJP leader said, alleging that it was on her directive that no one has been arrested so far in connection with the killings

The police and North 24 Parganas district authorities have remained tight–lipped about the clashes since Saturday and have not made any statement on the number of deaths.

“We demand an NIA investigation into the killing of two of our supporters,” Roy told reporters in Kolkata after visiting a village of Sandeshkhali area where, he claimed, the people are still living in fear.

“If anybody is to be blamed for the incident, it is Mamata Banerjee,” the BJP leader said, alleging that it was on her directive that no one has been arrested so far in connection with the killings.

The BJP leader, who visited Bhangipara village and met the families of slain Pradip Mondal and Sukanta Mondal, said he would appeal to party president Amit Shah to do whatever was required for the assistance of the victims’ kin.

“Pradip and Sukanta were sleeping in their homes in the afternoon. They were dragged out and killed by TMC workers,” he claimed.

The TMC, however, has charged the BJP with attacking its party workers on that day. Kayoom Mollah, whom the TMC claims was its active worker, was also killed in the same clashes, one of the worst post–poll violence in West Bengal.

Visited family members of Pradip Mandal in Basirhat today. FIR should be lodged against @mamataofficial for instigating violence against BJP workers in all over West Bengal. pic.twitter.com/0zY8LeRfWW

Roy alleged that the police have not done anything to prevent the clashes and no arrests have been made yet. The BJP leader had on Monday said that Mamata Banerjee should give up the ‘home’ portfolio.

The chief minister has earlier accused the BJP of “spreading false information as part of a game plan to topple her government”.

“This is a planted game. Their game plan is to throttle my voice, because they know that Mamata Banerjee is the only person in the country to raise voice against them. This conspiracy to bring down our government will not succeed,” the aggressive TMC supremo had said.

The BJP had called a 12–hour shutdown on Monday in Basirhat subdivision within which the village lies, to protest “the killing of its supporters”.

Post–poll violence has been reported from various places of the state after the BJP secured 18 of the 42 Lok Sabha seats, just four less than that of the TMC, in West Bengal. ■