ONE of the biggest events in world politics this week is the 20th Congress of the Chinese Communist Party (CCP) on October 16. 2300 delegates of a political party with 10 crore party members will attend the Congress. Two–thirds of the delegates hold important positions in China’s military and civil affairs. 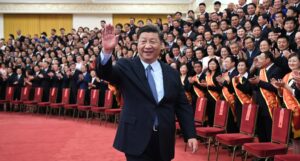 ■ CHINESE PRESIDENT XI JINPING AT THE GREAT HALL OF THE PEOPLE IN BEIJING, SEPT. 2, 2019 | XINHUA

This congress is important not only as a party of 10 crore members or because 2300 important delegates will participate. More importantly, it is going to be held to determine or approve who will be the leader of China for the next five years according to their party guidelines. And it is natural that all eyes will be on such an event of the second most powerful country in the world that is supposed to happen through the Congress.

The world’s major media are covering the issue with great importance. But the reality is that major events in world politics such as the US presidential election receive media attention for a long time and through various analyses, the Chinese Communist Party Congress does not receive a tenth of the attention it deserves. The main reason for this lack of prominence is by no means media reluctance or some other underhand strategy. Rather, the journalists of the world’s important media who are covering the news of the preparation of this Congress — like many of them, the matter is boring.

Chinese researcher who studies China’s international politics said on the condition of anonymity that Xi Jinping can easily appoint the people he likes to different levels of party leadership at this congress. Moreover, at the moment, Xi Jinping has sole leadership over China’s military. So, although some Western analysts fear something important, in reality this Congress is a bit of a boring issue for any journalist

The main reason why such a big political event is boring is that the CCP Congress, no matter how big it is and how fancy it is — most people know that this Congress is just a formality or an obligation of rules. Because there will be no change in the leadership of CCP through this Congress. Xi Jinping will be the party secretary for the next five years. And as the secretary of the party, he will be the leader or president of that country. And this Congress will also allow him to be president for life. It will not change. 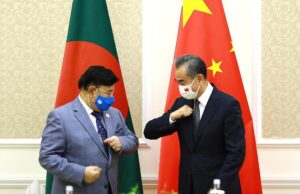 A section of the Western media, however, is trying to find some weakness in Xi Jinping at this CCP congress. One of them is whether Xi Jinping can nominate his loyal standing committee members ? After that, another thing that some Western media are hinting at is whether it will be possible for Xi Jinping to keep important members of the Chinese military in this congress until the end ?

Those who have been watching Chinese politics and government for a long time know that unless a major incident happens suddenly, there is no reason for Xi Jinping to fall into these two dangers at least in this congress. Then a Chinese researcher who studies China’s international politics said on the condition of anonymity that Xi Jinping can easily appoint the people he likes to different levels of party leadership at this congress. Moreover, at the moment, Xi Jinping has sole leadership over China’s military. So, although some Western analysts fear something important, in reality this Congress is a bit of a boring issue for any journalist.

Since there will be no tension here. There will be only formalities. Under which Xi Jinping will remain at the helm of the state and party for another five years, and the last 19th Congress will uphold Xi Jinping’s life–long rule like Mao Zedong’s.

Bangladesh’s geographical position is very important for advancing China’s Belt and Road Initiative (BRI). He thinks that China will invest a lot in Bangladesh in the next five years to advance this BRI. In particular, their investment in building roads, bridges, ports and port cities will be high

So naturally the question comes after getting this new power Xi Jinping will move forward in the country’s politics and international politics ? What will be his policy even with neighbors ?

According to the Chinese international affairs researcher, in the international field, China will first look at its neighbors, especially India, Vietnam and Bangladesh will be among them.

Although Xi Jinping has been stalling on BRI in the last three years due to various reasons including Covid, this time after the Congress, the evidence that he will put more emphasis on this work is evidenced by the visit of the Chinese President to Kazakhstan and Uzbekistan as the first foreign trip of the Chinese President after Covid. Because these two countries are important for China to advance BRI. And from this, the statement of the Chinese researcher gets more emphasis that China will want to invest a lot in Bangladesh to advance this BRI in the next five years.

Now the question is whether they have the ability to do the massive investment that China has made all over the world before covid ? Japanese media and Western media say that China’s economy is currently in a downward trend. According to Hong Kong–based South China Morning Post news, 4.4 million medium and small businesses closed in China from January to November 2021. On the other hand, it is not possible to pay the full salary of the local government and even the school teachers. Many people are getting 50% salary. Besides, according to the news of South China Morning Post and Nikkei Asia, just like the housing sector in Bush’s America, China’s housing sector is now facing the same situation. Moreover, many fear that the post–Covid economic recession that is going on around the world will increase this recession.

According to Hong Kong–based South China Morning Post news, 4.4 million medium and small businesses closed in China from January to November 2021. On the other hand, it is not possible to pay the full salary of the local government and even the school teachers. Many people are getting 50% salary

But one thing that became clear during the recession of 2006 to 2008 was that countries with larger domestic markets suffered less. For example, India, China and Bangladesh. However, despite the large domestic market, many countries could not overcome the recession due to the weakness of their economic management. The Chinese researcher thinks that Xi Jinping will emphasize the internal market too much. Besides this, he will invest a lot in science and technology research to advance the economy.

As reported by the South China Morning Post, 4.4 million medium and small businesses closed in China — while nearly three times as many new businesses registered. Not only in China but also in almost every country in the world during Covid, a large number of business establishments were closed — and besides, it is also true that new business opportunities based on technology have been created in a world changed by Covid. And this business is definitely science and technology based. So now the countries that give more importance to science and technology research to advance the economy will be able to quickly enter the new economy.

After the question of Xi Jinping’s handling of his own country’s economy naturally comes to the fore, how will he proceed in politics ? Xi Jinping has shown the world in the last ten years that he is not Stalin. And it would be a big mistake to think of him as Gorbachev. No one in the world even thinks of him. However, the political analysts of other countries do not think that he will be able to build another coalition power against America like before in the world or build a world of two poles. He thinks that Xi Jinping will put his hands everywhere in Asia, Africa, Latin America to build a multi-polar world.

But as America, Europe, Australia and Japan and India in Asia will challenge him every moment in the international arena, is there no challenge in the country ? In fact, Deng Sa Ping is the shaper of China that Xi Jinping has been leading the changed China for the past ten years. The greatest aspect of Deng’s leadership was collective leadership in the party. Xi Jinping has broken that and created a single leadership style in his party. That is, yes man’s party. Single leadership goes well for a while — even the leader thinks he is doing very well. But the reality is, Single leadership always exhausts the team and the leader from within. Even in China, Mao’s single leadership only weakened China and helped Mao’s leadership to be captured by gangsters. Moreover, single leadership always prefers to let the country’s business run according to its own preference or convenience. There are glimpses of Xi Jinping at work. He is blocking the private sector outside of his favor in China’s economic reforms. Taking their business under government control. For example, he took the ownership of successful business groups like ‘HNA’ group, ‘An Byang Insurance’ group under government control. Even the tech giant Alibaba has faced many problems.

But despite the control of these large, unpopular business groups, China is rapidly developing a strong middle class. Which is increasing every day. A liberal mindset is always born in the new generation of generally middle class or well–to–do households. As seen, the anti–British movement in India was among the younger generation of middle–class and well–to–do households.

Again, the Bangladesh movement was created by the boys of the Muslim middle class or wealthy families of East Bengal, which developed since 1937. In China, the Tiananmen Square movement of 1989 was also held by well– to–do youth. Therefore, if the middle class in a country grows, the pressure of a liberal environment in the future increases. A future generation will emerge from within China’s fast-growing middle class — but Xi Jinping’s domestic politics and economy are no small matter. Because it is coming from within the society.

Again, there is no way Xi Jinping can think lightly that ‘no ruler is forever’. Because, in China, it is impossible for the ruler to live a normal life when the power is gone. Therefore, in the 19th Congress, Xi Jinping has to become president for life. And whose approval he will take again in this twentieth Congress. ■

Swadesh Ray Senior Journalist. Recipient of State Medal for Special Contribution in Journalism. LOOKEAST is not responsible for the opinions, facts or any media content presented by contributors.